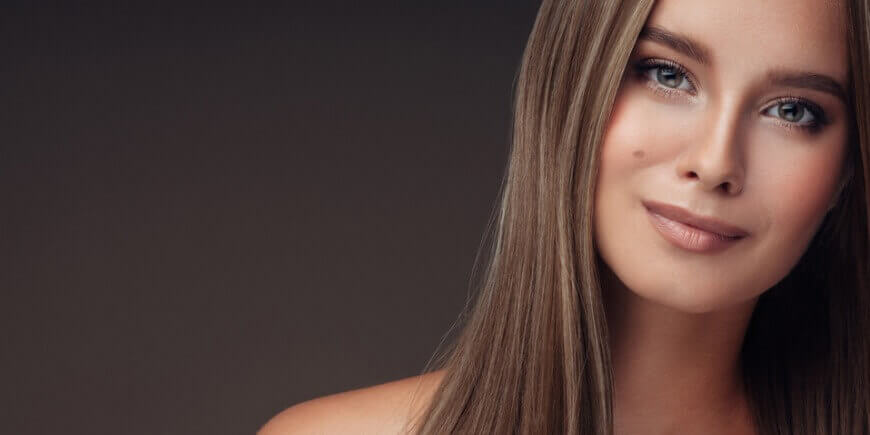 Our skin is part of what makes each of us unique. Most people are either born with or soon after developing birthmarks and other types of pigmented skin markings. What are they? Where do they come from? Why do we have them? Gainesville Dermatology & Skin Surgery explains everything you need to know about birthmarks and pigmented skin, including when to see your Gainesville dermatologist.

Contact us today to schedule a dermatologist appointment or to learn more about our conditions treated and our available skin care treatments.

Does Everyone Have A Birthmark?

While birthmarks are common, not every individual has them. Birthmarks may either be present on the skin at birth or develop in the years following. They can be flat or raised and have regular or irregular borders. Depending on the type of birthmark, a birthmark may appear in a variety of different colors, including black, brown, tan, blue, pink, red, and purple, among other colors.

Some birthmarks are hardly noticeable, while others might cover a significant area of the skin. Many birthmarks present either at birth or during childhood may disappear or become smaller with age, but other birthmarks might remain on the skin throughout an individual’s life.

What Causes A Birthmark?

The cause of most birthmarks is widely unknown. However, some birthmarks may be inherited from parents to children. Birthmarks cannot be prevented, nor are they caused by trauma to the skin at the time of childbirth. Certain birthmarks may be a result of environmental factors, such as sun exposure.

Most birthmarks are harmless and merely help make each individual unique. Still, the science behind birthmarks notes their likely cause to be an overgrowth of the activity of tissues in the skin, including pigment cells, blood vessel cells, or connective tissue cells.

A pigmented birthmark is a skin marking that is present at birth. These marks may range in color from brown or black to blue or gray, among other colors. Pigmented birthmarks might increase in size as the child grows, change colors during teenage years and after sun exposure, become itchy, and might occasionally bleed.

The most common types of pigmented birthmarks include the following. Contact us for more information about these birthmarks.

Mongolian spots are pigmented birthmarks that appear bruised or bluish in color and typically develop on the back, buttocks, lower back, trunk, or arms of infants. Skin discoloration from Mongolian spots usually disappears by the age of 4 and does not require treatment.

These spots are most often seen in those with darker or deeper skin tones. Mongolian spots occur when some of the skin’s pigment gets trapped in deep skin layers during development.

Pigmented nevi, or moles, may be flesh-colored or light-to-dark brown in color and might be flat or raised. Approximately 1 in 100 people are born with either a single or multiple moles. Although most moles are non-cancerous (benign) and do not pose a health threat, other moles may develop into a skin cancer called melanoma. For this reason, moles should be monitored for bleeding, pain, itch, color, shape, symmetry, borders, and size changes.

If any features of a mole change or if you have a personal or family history of melanoma, it’s important that you contact our Gainesville dermatology clinic to schedule regular mole exams.

A nevus of Ota is marked by bluish or grayish skin discoloration of the face and, in some cases, the sclera, or the white part of the eye. Discoloration is a result of increased pigment (melanin) as well as the cells that produce this pigment (melanocytes) both in and around the eyes.

Patients with nevus of Ota have an increased risk of developing melanoma of the eye or central nervous system. They may also develop glaucoma (increased eye pressure).

A café au lait birthmark is light tan or light brown in color and typically oval in shape. These spots usually appear at birth, but they might develop in the first few years of a child’s life. Café au lait spots are a normal type of birthmark. Still, the presence of several café au lait spots that are larger than a quarter might occur in neurofibromatosis, a genetic disorder that causes abnormal cell growth of nerve tissues, among other conditions.

These birthmarks may be treated with a laser for cosmetic purposes. For more information about pigmented birthmarks, or for help identifying a birthmark you have, contact our office.

Most birthmarks pose no threat to health, and some go away on their own. Typically, birthmarks are only concerning for aesthetic purposes. But certain types of birthmarks can increase your risk of developing skin cancer. If a birthmark bleeds, hurts, itches, becomes infected, or changes in size, color, border shape, or thickness, birthmark removal may be required.

Gainesville Dermatology & Skin Surgery specializes in Mohs micrographic surgery, a skin cancer surgery that spares as much healthy tissue as possible, as well as excision surgery for problematic skin growths and birthmarks. In most cases, our dermatologists can diagnose birthmarks based on the appearance of the skin, but a skin biopsy may also be required.

Macular stains are the most common type of vascular birthmark that occurs due to problems with blood vessels, and they can appear anywhere on the body as mild, red marks that are not elevated.

A cavernous hemangioma birthmark is similar to the strawberry hemangioma, but they are more deeply situated within the skin. These birthmarks might appear as red-blue, spongy masses of tissue that are filled with blood.

Some of these vascular lesions may disappear on their own and without treatment before the teenage years. These deep birthmarks might require treatment if they inhibit sight, eating, hearing or defecation, or cause ulceration or pain.

A strawberry hemangioma, also known as a strawberry birthmark or strawberry mark, might appear anywhere on the body, but they are most common on the face, scallop, back, or chest. They consist of small, closely concentrated blood vessels.

These superficial marks might be absent at birth and develop after that. They often grow rapidly, remain a fixed size, and then disappear. In most cases, they subside by the age of 9 and leave behind slight discoloration.

A port wine birthmark or port wine stain birthmark appears as a flat red, pink, or purple mark on the face, arms, trunk, or legs, and lasts throughout life. These vascular birthmarks are caused by abnormal development of capillaries (blood vessels).

The most common skin pigmentation disorders include albinism, melasma, pigmentation alterations, and vitiligo.

Albinism is an inherited disorder caused by the absence of melanin, resulting in no pigmentation in the eyes, hair, or skin. Those with albinism have an abnormal gene that restricts their body’s ability to produce melanin. Albinism has no cure.

Those with this disorder are recommended to use adequate sun protection at all times, as they have a higher risk of developing photodamage and skin cancer. Albinism can occur in any race, but it is most common among Caucasians.

Chloasma, or melasma, is a skin pigmentation disorder marked by tan or brown patches on the forehead, cheeks, upper lip, nose, and chin. Although melasma commonly occurs in pregnant women, men may likewise develop this condition.

It may also occur in women taking birth control pills or postmenopausal estrogen. Melasma usually disappears after pregnancy, but if it remains, it can be treated with certain prescription creams and dermatologist treatments.

Alterations are not usually permanent, but it can take several months to fade or improve. Hyperpigmentation may be treated with prescription medications that decrease the amount of time for these areas to fade.

Vitiligo is a chronic skin condition in which the body’s immune system attacks melanocytes, or pigment cells, resulting in the loss of skin pigment. This condition causes smooth, white patches of skin to form around the mouth, eyes, or the backs of the hands.

In some cases, these patches may appear all over the body. While there is no cure for vitiligo, there are several treatments available that can help improve the appearance of the white patches.