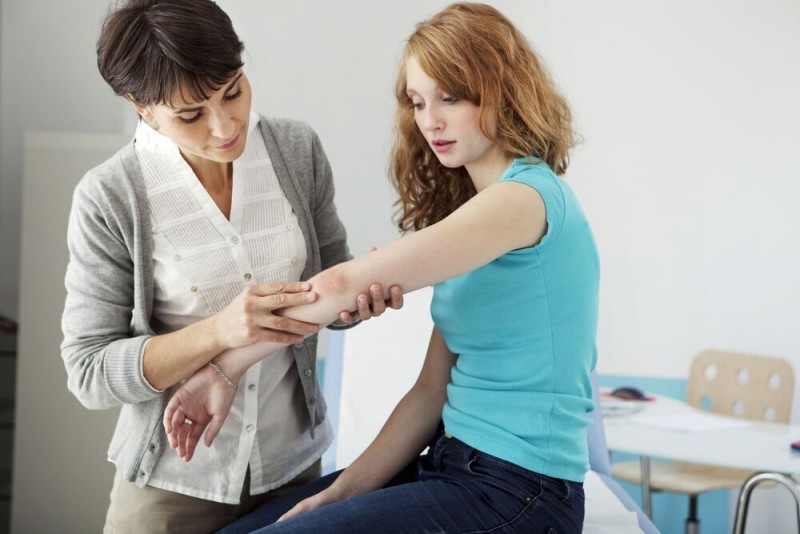 Psoriasis: Celebrities Get it Too

Psoriasis: Celebrities Get it Too

Psoriasis is a condition that can be very tough on the self-esteem and confidence of those who suffer from it. A long-term skin condition, psoriasis causes skin cells to grow too quickly and creates thick red patches of skin on the elbows, scalp, hands and feet. Having these patches can be embarrassing, so people who suffer from psoriasis tend to avoid situations where their patches are visible. However, there’s no need to be embarrassed as the condition is treatable! Check out this list of celebrities who overcame problems with psoriasis and enjoyed happy, successful careers.

Psoriasis typically first appears in individuals between the ages of 15 and 35. Such was the case for this reality television icon who was diagnosed in 2011. Her mother, Kris Jenner, has the condition as well, so it was likely passed down from her. Kardashian does not shy away from discussing her psoriasis, and often remarks upon the condition publicly, recommending several creams and specific kinds of makeup for women in her same situation.

The 1960’s singer-songwriter that reached into our hearts alongside Paul Simon also suffers from psoriasis. Back when he was diagnosed, he was told that the salinity of the ocean could help alleviate the symptoms. There have been many innovations in treatment since then, luckily. While in his youth Garfunkel was often seen in long sleeves and pants, he has since stopped worrying about the cosmetic aspects of his condition.

You might remember her as the 40-year-old Olympic swimmer from 2008 who became the oldest swimmer to medal. Torres has said that the chlorine in swimming pools helps keep her psoriasis at bay, however it often causes irritation for other people. Part of her post-retirement mission is to make sure others with the condition aren't kept out of the pool because they're self-conscious or because people think it's contagious, and she has become an advocate and spokesperson to raise awareness about psoriasis.

About 30% of people who have psoriasis go on to develop psoriatic arthritis and professional golfer Phil Mickelson is one of them. He developed painful joint inflammation eight years after he was diagnosed with the skin condition. Michelson controls the arthritis largely with biologic drugs, for which he appears in commercials. He told USA Today that as a result of early treatment, he has regained 20% of the strength he lost the year he was diagnosed.

While psoriasis is a very serious condition, these celebrities show that it should not keep you from being confident and successful. If you have any questions about treatment for psoriasis, give Gainesville Dermatology a call today.